Trying to stop Nick getting nicked…

Blackburn Rovers boss Sam Allardyce is hurrying through a £6million deal for Croatia striker Nikola Kalinic to stop Porto snatching him away.

Rovers are thrashing out terms with Hajduk Split and the 21-year-old has spent the past two days in Lancashire.

Rovers put in an offer last night and Split are mulling it over. But there is also a rival bid from Porto, who want to buy a “half share”…

Brodosplit Shipyard in Split has named its new, modern crane “Blanka” in honour of the Croatian high-jumper Blanka Vlasic.

The shipyard wants to draw a comparison between the young, tall and great athlete and its new, very-expensive and tallest crane.

Sunday sees the 2009 Croatian national Glavomet championships in Split. Glavomet is basically ‘keepy-uppy’ played by posers in shallow water. This year’s championships will be held at the Firule beach. It’s got to be worth a look either to laugh or ogle, depending on how you like your…

West Ham’s Spanish striker Diego Tristan is being courted by Hajduk Split. Tristan’s contract at Upton Park expired at the end of the season and he now finds himself without a club. The weather’s better in Split, for…

An unknown artist has delighted people passing through a park on the east side of Split.

The artist has turned a boxwood shrub into frog-shaped topiary, and locals who live around the park on Zvonimirova are waiting for more surprises. Apparently the frog appeared on Wednesday morning and no one knows whether a park maintenance worker or an artist was responsible.

The Arctic Monkeys play Split’s Prokurative square tonight, ahead of the release of their new album, ‘Humburg’. Their first ever gig in Croatia, the ‘Monkeys’ will be supported by local indie-rockers In-the-Go, made up of Frane Paic, Alen Jurisic, Tihomir Dzajic & Alen… 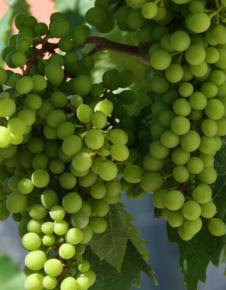 After a great pruning job in the spring by Mdlenka’s husband, the crop of grapes on the vine at Studio Loza looks spectacular. Hopefully they’ll ripen nicely in the summer…

No chance of a Murray – Karlovic final!

Roger Federer knocks Croatia’s man out of Wimbledon in straight sets. Had the Croatian beaten Federer he may have faced the Scot in the final – that would have been hard for us with split loyalties…
Murray now faces Andy Roddick in t…

A Turkish sailor has sailed a 1907 boat from Split, Croatia to Bodrum, Turkey. Atta boy!

Murat Erkurt bought the boat in England last year and had it restored in Ipswich.

“The boat was brought to Split, Croatia, in a bigger vessel, and I sailed here from Croatia in two weeks,” Erkurt said. The boat, named “Dafne,” is one of three identical boats built 102 years ago. During the restoration, the boat was equipped with state-of-the-art sailing devices.

“I resided in Bodrum becaus…