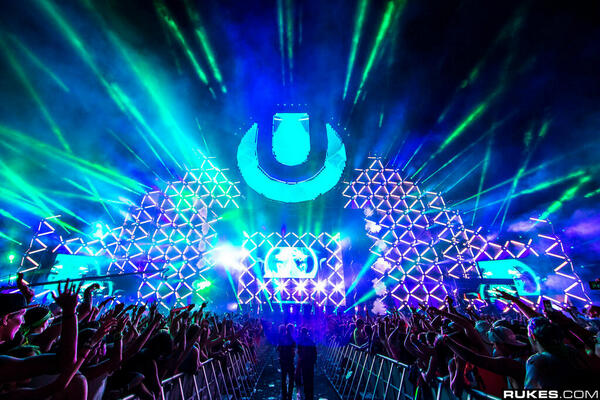 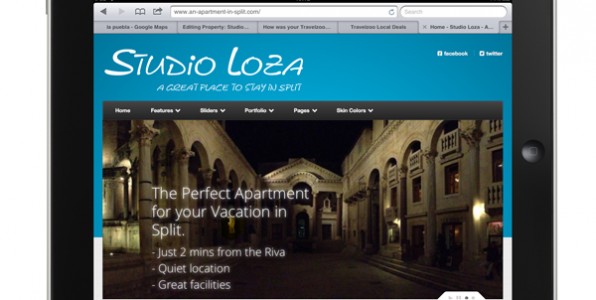 If you’re going to Croatia this summer – or you’ve got friends who are, the new Studio Loza website has loads of information about what to see and where to go in the great city of Split.

Our Top 5 Restaurants in Split

Although there seems to be a cafe around every corner in Split, it is only in recent years that the city has gained any great number of good places to eat. Thankfully, it now boasts a huge range of restaurants, bistros, konobas (restaurants with a smaller menu), and fast food outlets.

Some of the best eating places in Split are close to Studio Loza, so here’s an entirely personal choice of…

Split is a ‘Fantasia’ Destination 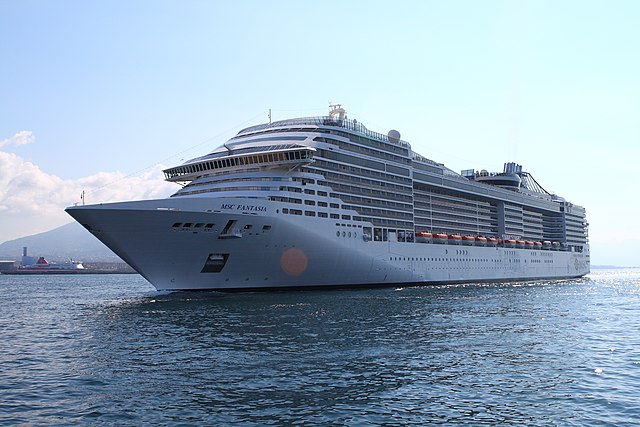 The cruise ship MSC Fantasia, with 3,500 passengers aboard, docked in Split this morning, marking the start of the cruise season The ship is 333 metres long and is the largest ever to arrive in Split. Like most big cruise ships it had to dock in the straights and ferry guests in using smaller boats.

Photo by Justin Ennis from Ridgecrest, US (MSC FantasiaUploaded by Navigans) [CC-BY-2.0], via…

From t’north to Split will be easier from 2013

Next summer, Jet2 will introduce two new flights from the UK to Split, Croatia serving Leeds/Bradford and Manchester airports. The low cost airline will run flights from 13th May to 29th September, once a week, on Saturdays. There will be also be a boost to the existing schedule between Split and Manchester, adding flights every…

Our Studio Loza website is now mobile friendly, making it even easier to get information about the apartment or to contact us.

With sections on the apartment, booking and general information about Split, the mobile version of the site is just what you need when you are on the move. There are links to Google Maps, which on many smartphones will open the application centred on Studio Loza, quick…

Great music, an amazing sound system, a powerful light & laser show, and spectacular fireworks would be enough, but add to that a location on Split’s beautiful and historic waterfront and you have the most spectacular dance event you are likely to see.
In front of the 1700 year old world heritage Diocletian’s Palace and flanked by palm trees and the sea, Discotheque Riva on the 12th August…

Ever Seen a Gold Panda?

Now in its fifth year, the Atlantis Festival will make its home in Split for five full days, from the 19th to 23rd of July. This summer, you can expect a whole lot of brilliant acts. Supergirl Uffie and the golden boy of indie electronica, Gold Panda, will do their thing at Fort Gripe on the East side of the city centre.

Last August we broke news about a team of mates from Dumbarton, Scotland who were planning to drive the Sucata Split challenge – which basically means driving an old banger across Europe and ending up in Split. Well, the guys (Thomas Callaghan, Graeme Salmond, John  Connell, and Steven  Young) made it in their £200 Renault Espace van that they had nicknamed ‘The Bad Bull’. What’s more they won…

Triathletes to Hit Split on Water, Wheels, and Feet

Split will host its first TriStar triathlon race on 18 September 2011.

It’s the first time a TriStar has been held in Croatia and after swimming a kilometre around Split harbour, competitors will take a 100km bike ride through Split’s scenic hinterland and some typical Croatian villages. Then they will finish with a 10km run around the centre of the city, ending at a finish line on t…